Part of the ‘Discover Britain’ video series, adventure Bike Rider teamed up with our friends at Kawasaki to ride Offa’s Dyke, a magnificent route along the border of England and Wales. In this second instalment, they’ve teamed up with the Japanese manufacturer to explore Wales’s three highest passes. Starting from the ‘haven in the forest’ Bets-y-Coed, in Snowdonia, we rode from smallest to biggest: Dol-y-Moch (531m), Bwlch-y-Groes (545m) and the Gospel Pass (549m). Interestingly, Gospel Pass, the highest of the lot, isn’t where most people would have thought (Snowdonia), instead the road, which rewards riders with an outstanding view over the Wye Valley, is in the Brecon Beacons in South Wales. ​ 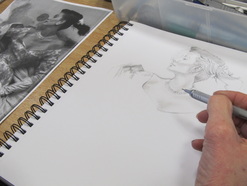