The Heighway family came to Llandrindod Wells in 1870 from Ruabon, North Wales and established a brickworks in June 1868 which provided most of the red and yellow bricks used in many of the Victorian buildings in the town. Thomas Heighway became the tenant of the Rock Park (famous for its spa treatments) and was responsible for numerous innovative improvements including:
Electrical therapies, complex sprays, douches and baths and various packs where peat and other mineralised matters were applied. Bottling and sale of water to local hotels in 1-2 gallon jars.

He discovered the following springs in the Rock Park:

He was responsible for planting 43 different species of tree in the Rock Park – a total of 90 trees. After the Rock Park lease expired and was sold to the Town Council, Heighway discovered six springs south of the town and built a premier Hydro Spa Hotel called Highland Moors using his vast knowledge and experience.  Highland Moors Hydro Spa became hugely popular attracting wealthy gentry who came for the range of treatments, to enjoy the fresh air from the roof, and to sip and stroll in the gardens. 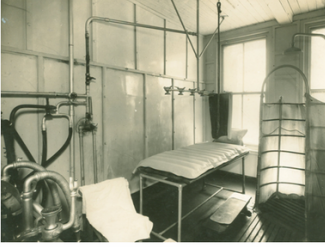 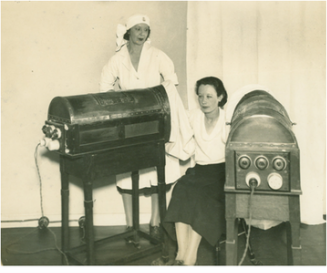 Highland Moors is the last remaining Victorian Hydro Spa Hotel in Llandrindod Wells. The town is deemed to be the very centre of Wales. Its growth was due to its renowned spa waters and attracted wealthy gentry from all over Europe during the late Victorian period, and into the last century.

Due to the demand for high quality hotels, many luxurious hotels sprung up all over the town. There was one difference with Highland Moors. Whereas many of the other hotels were built in the town within walking distance of the main springs, Highland Moors was built on 6 acres on which 6 springs were found. Highland Moors was purpose built as a hotel with a fully operational hydro spa and two purpose built pump rooms which directed the springs to the hotel and the hydro spa for the range of treatments on offer.

Highland Moors opened as a new private hotel in 1911. It was commandeered in 1918-29125 by the Red Cross as a military hospital. It reverted back to being a hotel in 1926 until it was sold to the National Memorial Association as a Sanatorium school for boys with TB and asthma in 1932.

Jeff & Sue held a special 80 years anniversary weekend break and dinner in 2012 for 40 of these men and their wives or family members who visited since they bought it in 2003. It was a boys school until 1958 when the Missionary Sisters of Verona turned it into a convent to provide a refuge for expectant Catholic girls, and latterly elderly nuns who needed care. Some families even came to the convent for a holiday break. It became a foster home in 1994 until 1997 and then a B&B until 2001 until its forced closure with the foot & mouth outbreak.

When Jeff & Sue came in 2003, it was like the Mary Celeste. They started a refurbishment project that was to last thirteen years and it still ongoing today to bring this beautiful building up to a standard worthy of its heritage.

Fifteen year refurbishment plan
The refurbishment project so far is estimated to be about 36,000 hours of intensive and challenging projects which include amongst many:

Last projects include:
Completion of second phase of conference centre and office space on second floor in East Wing (original Hydro Spa)
Tearooms to be created in the original Hydro Spa
Remodelling of stores area 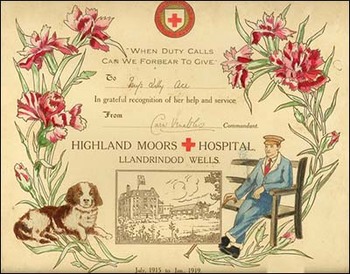 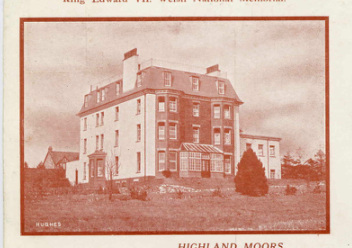 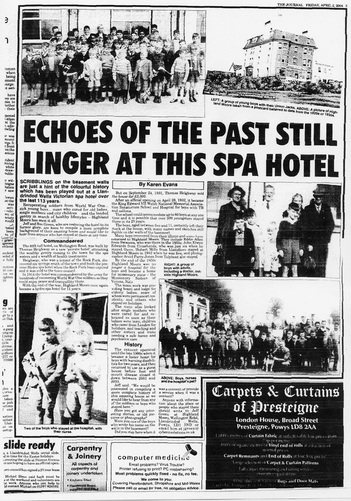 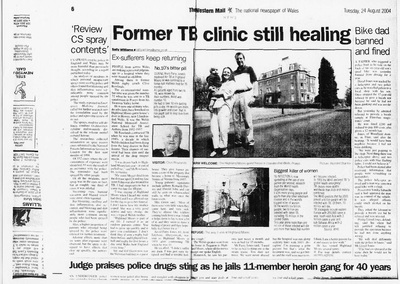